Fire alarm systems are reliable life savers and they have greatly reduced fire accidents ever since they were invented. However, the technology smoke detectors use -- the beeping sound -- can also turn out to be a nuisance; this happens when the system beeps continuously. It is not only a nuisance when the fire alarm keeps on beeping but it can also deny you a good night's sleep if the beeping starts at night. So what can you do to stop the beeping? You troubleshoot the system and take care of the faulty areas if you can.

What it means is that the beeping smoke detector might be located in an area that it is filled with objects or particles that force the detector to beep; these particles may not necessarily be smoke particles. For instance, if there has been some renovations done in your house of late, the air could be saturated with dust particles that may trigger the alarm. So test if this is the problem, take a non-beeping detector from another area and place it in the location of the beeping detector. If it beeps, then you definitely have something that is triggering the detector in that area.

If it doesn't beep, then you have a problem with your detector. It could be the battery, wiring problems or age issues.

If you can only hear a regular single beep, it means that the battery's life is over and it needs to be replaced. Replacing the battery is one of the easiest do-it-yourself projects you can ever do on an alarm system.  Simply open the cover of the detector and locate the battery. Note that once the cover is off, you should be able to spot three chambers in your detector: a loud horn, a sensing chamber, and a battery.

Replace the battery by unclipping it from its holder first. Then insert the new battery, close the cover, and press the button that is in front of the detector to test the battery.

Check The Detector For Insects

If the beeping is irregular, the problem is not the alarm system itself. It is rather interference by insects like spiders. So again, open the cover of the beeping detector and blow out cobwebs using compressed air.

If, however, you have tried to fix the faults in your fire alarm and it still beeps, especially after every 30 seconds, it could signal that you need to contact a fire alarm company. This is because the alarms you are using have come to the end of their life spans and you need the company to supply you with new ones. 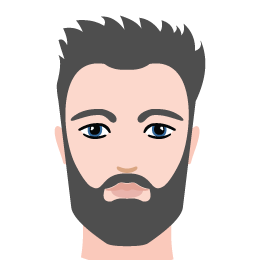 Whether you rent, buy or share industrial equipment and supplies, the costs can be a significant part of running your business. Hi, my name is Bertha, and I have helped businesses balance their books for years. As I am now a pensioner, I no longer work in this capacity, but I wanted to share what I have learned about industrial equipment and budgeting with others. In this blog, you will see posts on everything from choosing industrial equipment to saving money on it to managing repairs. I hope that you enjoy reading and that you can benefit from this info. Thank you for reading.